The Apex Predator of our Eco System. Has been around longer then the Dinoursor. The more you learn about these animals the more you want to learn and understand why we should protect them from mankind.

They are unique in so many ways.. the months they can go without food, the time they can stay under water, the closing pressure of the jaws  are just a couple of examples. 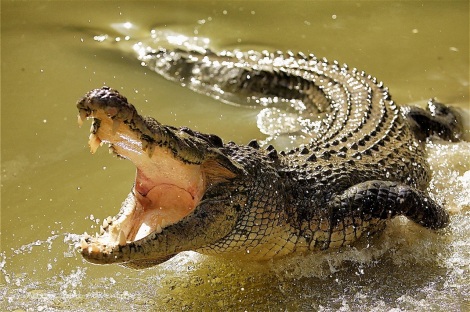 With a closing  jaw pressure of over 3500psi they do not let go. they grab their prey and take it into deep water where they will sit on the bottom till the prey stops moving.

Saltwater Crocodiles have 66 teeth which they replace about every 3 years throughout their lives, considering a healthy male can live over 90 years, thats a lot of teeth. the photos below hilights how a very old Croc may have used his quota and in this case he only has one tooth left. It is estimated he is over 100 years of age.

This Croc is about 25 years old and a full set of teeth.

This is Ted, one of the biggest and oldest Crocdiles in captivity. He has lived at Hartleys Crocodile Adventures for over 30 years.

One of the premier tourist attractions in Far North Queensland is Hartleys Crocodile Adventures. Here is a small example of some of the action you will see when you visit. 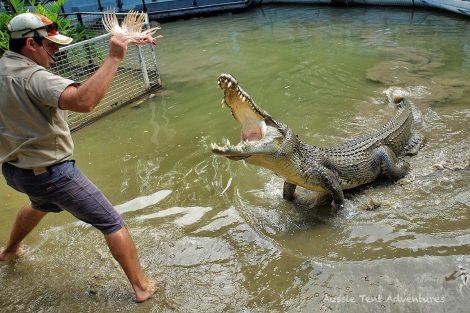 Trent is very experienced at handling Crocodile, don’t try this at home folks.

This is what you will see at the afternoon Attack Show, don’t miss it. 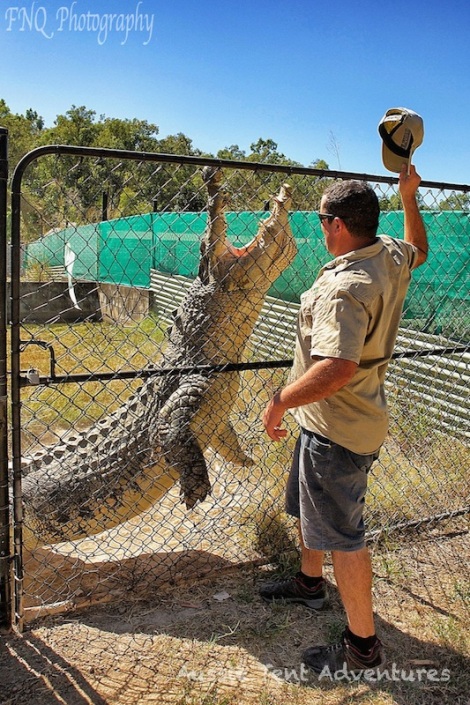 Crocodiles have been known to leap and take a bird from an overhanging branch. The power in their lower body is enormous.

If this is what they can do on Land, image what happens in the water. 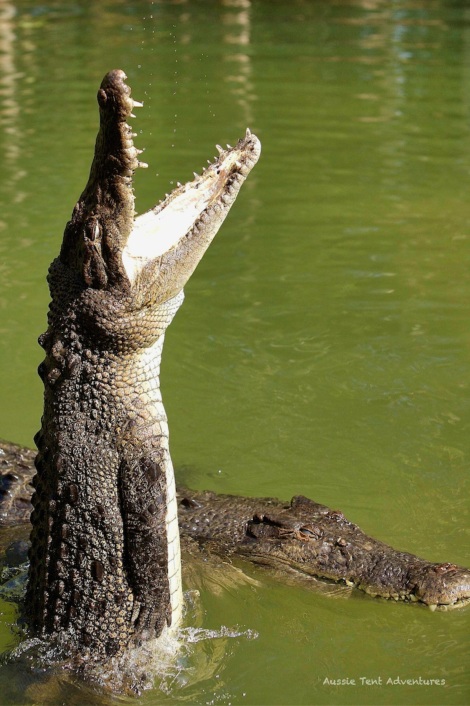 Stay well back from the waters edge.

Crocodiles have the ability to creep up on their prey. Very patient, known as Opportunistic feeders as they will only attack when the opportunity suits them to do so.

As Australia population increases, especially in Far North Queensland, Governments are taking action to “relocate” Crocodiles from river systems where they have lived for thousands of years. Problem is, they are being “culled” not relocated. This has to stop and the best way is through education. From school age upwards.. If we don’t swim with them, we won’t have a problem.

One group doing a great job in the education process is..  NQ Crocodile Protection Society.

Here is their link..

We do not want our future generations to have learn about these animals in Books alone.